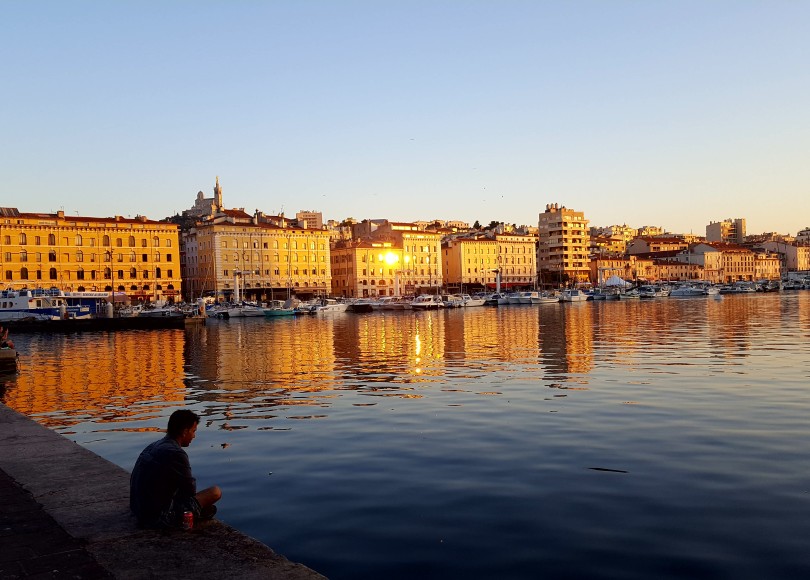 Having not been in Marseilles at the time, or involved in any other such incidents, it is hard for me to describe accurately the events that passed in the days building up to this game. We’d been fortunate to have several years where football violence had not made the headlines, particularly in England. Police had taken many measures over the previous 25 years to remove this element from the English game and it was starting to succeed. However, the opening days of Euro 2016 were a throwback to the bad old days. And it was not just England – fans from several countries were involved. Ukraine were battling with Germany; France with Northern Ireland despite not even playing each other; Turkey and Croatia, the list goes on, but the most notable of all the violence was in Marseilles.

England had history here, which may have been in the back of many locals’ minds. Rewind 18 years to the 1998 World Cup – England were drawn to play their first World Cup game for 8 years in Marseilles, a city on the south of France with a huge contingent of North African people. The first fixture, Tunisia. Thousands of England fans came into town, many sadly with the attitude to bring violence and cause trouble. This was fairly typical and expected of a segment of so-called fans who were well known for hooliganism at the time. Marseilles has a beautiful port and many bars with outdoor terraces, which meant hours and hours of drinking in the sun. In a city with an air of tension this was not going to end well.

The young North Africans already had their issues with police and took this opportunity to battle with them. Some likeminded English fans joined the scuffles, and for the following days the streets of Marseilles were akin to a war zone; running battles, bottles thrown, shop fronts destroyed. The ugly scenes left many injuries, including stabbings. Graham Kelly, then head of the FA, summed up the situation at the time:

‘We have made progress but as long as people are allowed to leave the country and have the inclination to sit in bars and drink for 24 hours – there is something in the mentality of English that they are going to cause trouble.’

These events were to be a bit of a watershed in English football and it was really needed. From this moment, the troublemakers were identified and before any England fixture abroad they were required to hand in their passports at the local police station, to prevent them from travelling.

Fast forward 18 years again, and here we are back in Marseilles. Nobody will have forgotten the previous altercations. Due to all the damage caused to the city of Marseilles in both monetary and reputation terms, it was fair to say the English had to be on their best behaviour, as the locals and the police would be ready to intervene at the first opportunity.

Enter the Russians. After the fall of the Soviet Union, many issues arose throughout the region. There were terrible problems with alcoholism, which accounted for many deaths in the country, and life expectancy was much lower that many other western countries. This was an image that some young Russian men felt they were labelled with throughout the world, and were determined to change this outdated Soviet stereotype. Over the years the alcohol consumption has dramatically reduced and these Russians had taken to alternative entertainment. Fighting.

Many groups of young men took to organised violence and football hooliganism to show their strength and toughness. In order to prove their worthiness to fight with the ultras, there were elite training camps and organised battles in the forest to showcase their skills. Only after impressing in these environments could they represent their club in future clashes with rival fans. For many years, England had been the home and the pinnacle of football hooligans. Several iconic films, as well as highly publicised running battles since the 70s, England was seen at the biggest scalp. Ever since the draw was made, it had become a mission for these guys to travel to France to prove their superiority.

Hundreds of young Russian ultras from all clubs travelled over to Marseilles with the united aim of destroying England fans. The typical Russian hooligan is young and trained in boxing or martial arts. Built like a tank, they don’t drink to excess, if at all. They blend into the crowd, ready to pounce and cause damage when the moment comes. Their intentions were to provoke some English fans and then use this as an excuse to attack. It seems this is how events transpired – there were countless reports of English fans being beaten in unprovoked attacks. Once the Russians got the green light to engage, their intention was to cause maximum damage. Many likened it to a military operation; to them this was sport, a sport they had been training in for most of their lives. Compare this to the completely contrasting English contingent of ageing, portly men whose physical performance couldn’t be helped by the sweltering sun and copious of amounts of beer consumed.

Again, many thousands were in the city enjoying the sunshine and beauty of the Old Port when the attacks began. By all reports, this was the worst football violence seen for many many years. Typically, if you don’t want trouble it can be avoided. Here in Marseilles, it was impossible as the Russians continued their siege. Horrible scenes left scores of injuries, including an English fan ending up in a coma.

Normally, the violence doesn’t manage to break into the stadiums due to the higher levels of security and CCTV cameras, but that night in the Stade Velodrome things were different. On the final whistle, minutes after the Russians had equalised, several Russian fans jumped over the security barriers separating the fans of the two nations. More ugly scenes of fighting continued, which highlighted how far this problem had come.

Of course, the English weren’t blameless in all of this, but the Russians took hooliganism to a new level. They certainly achieved what they came to do, showcasing their undoubted power and strength. The violence prompted calls for the team to be disqualified from the tournament and to have the hosting rights for the 2018 World Cup taken away from them. Luckily for the innocent, law-abiding Russians, neither of those things transpired.

Next up for England was a tie with neighbours Wales. Fingers were crossed that order was restored, and even the England captain Wayne Rooney felt compelled to speak out, discouraging those without tickets to avoid travelling to Lille.